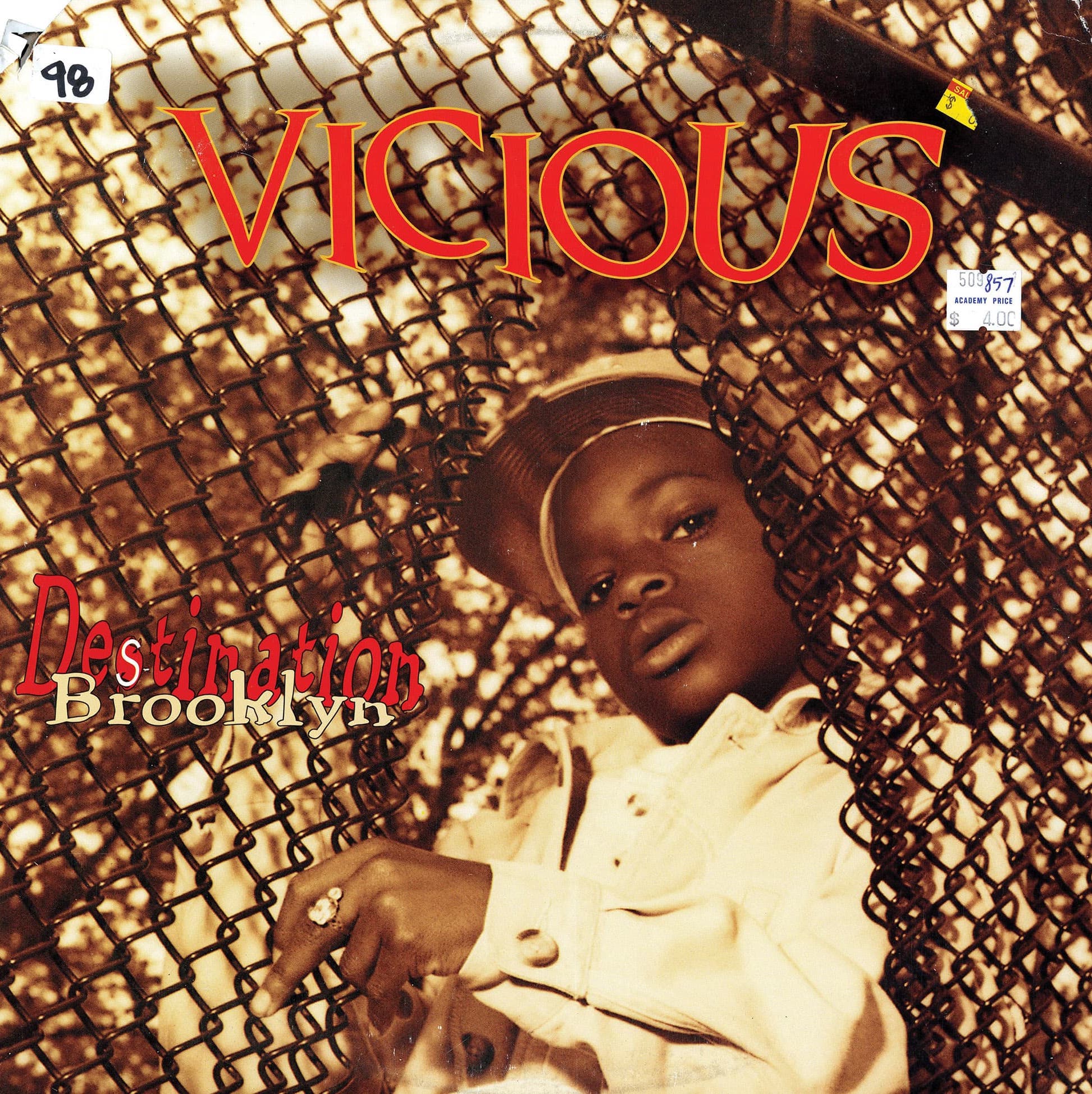 next Inge Larsen “Gone Is Love” 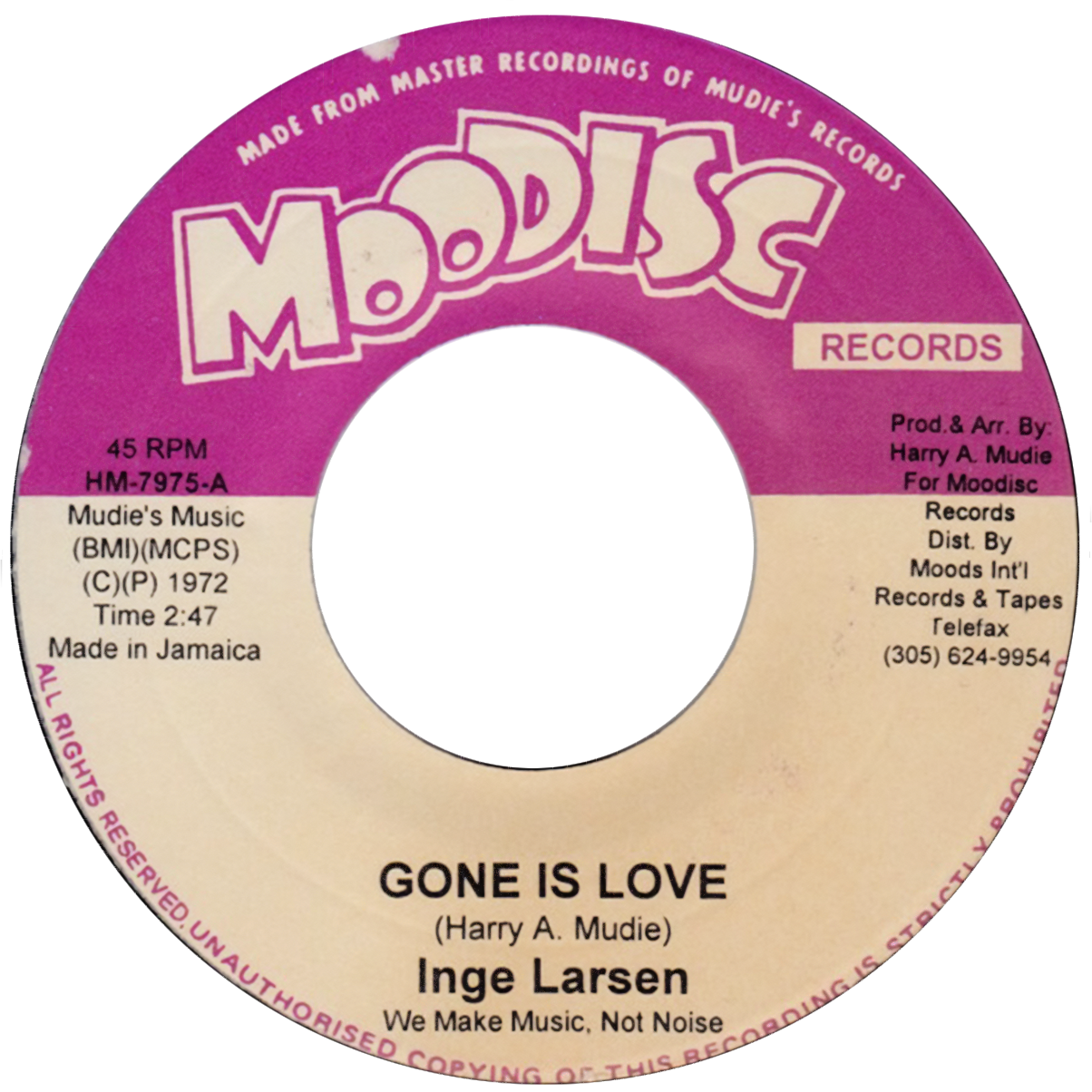 In 2019, Backatcha Records offered me the opportunity to recreate the original mixes of “Money Talks” by North London act En-to-End. It got me thinking about its place in U.K. music and U.K. music in the wider international scene.

In the mid-2000s, I met DJ Kon for the first time when we shared a bill in Glasgow. We talked records briefly before his set, and he told me he was looking for an upgrade copy of a certain U.K. jazz-funk 12-inch, as he knew I worked in a second-hand record shop. My customary answer, complacent as ever was, “Sure, I see that all the time.” But while the 12-inch was not considered particularly elusive at this point, I haven’t had a copy pass through my hands since. I mention this for two reasons. First: a big U.S. DJ was looking for something I wouldn’t have put in a big U.S. DJ’s box. It wasn’t progressive and “out there” in the same way as the staples that broke through in the U.S. by Atmosfear, Funk Masters, Powerline, etc. Although an easy 8/10 in its own right, Kon’s request was prosaic in comparison, with a very British innocence and charm I wrongly assumed held little appeal outside Europe. The second reason is informed by my experiences with some mail-order U.K. dealers I bought from in the ’80s. Along with the big titles, I was seeking records the dealers weren’t always aware of. When a title would be unavailable when I phoned to order—only to reappear on the following week’s list at a higher price—I realized I had become some sort of yardstick due to my over-enthusiasm and teenage naiveté. If some collectors push the button on a record, the vendor assumes it’s too cheap or something’s going on and they don’t want to get caught napping. I would later realize that this attitude some dealers displayed may have stemmed from self-preservation rather than sheer greed, when I benefited financially from that same naiveté on a seller’s part. This brings me back to Kon. I wondered if change was afoot in the world of the hard-core collector. Nothing happened.

The past few years, however, have seen a change, although not quite as I initially anticipated. Currently, U.K. Black music from the ’70s, ’80s, and ’90s is finally getting some shine as lovers rock, jazz-funk, Brit-funk, U.K. hip-hop, and street soul, interconnected in more ways than may seem obvious, are celebrated and written about in the U.K. national press. A more complicated story lies out of view of the column inches, which only those on the front line at the time can tell. The musicians, DJs, distributors, the clubbers, and the listening public, if given voice, would reveal a world of ambition, ability, fervor, antipathy, success, and failed dreams. Many would doubtless observe the current interest and wonder, “Really? Why now?”

The youth of the ’80s who are currently pulling strings in the media may form a piece of the puzzle. One theory I have is that this groundswell came around through a mixture of nostalgia; curiosity from those who like the music but were not buying the records in their respective times; and collector culture, which forever champions the underdog, the long forgotten, and the obscure. I am a longtime (now somewhat lapsed) collector myself, and in retrospect, I realize I wasn’t always just into records, but obsessed with them. I started buying American imports while still at school and would marvel at these exotic discs with thick, shrink-wrapped covers—memorizing every detail and visualizing the streets, towns, and cities on the labels. These places were out of reach, and the sounds, designs, and colors were all I had to visualize them with. They were almost magical. Whatever the triggers were for the present coverage, that sense of wonderment, mystique, and desire to learn about and acquire the music that informed the British sound and kept us in the U.K. enthralled for decades is now pointed directly back at…us.

The distinct camps I mentioned earlier and their inevitable crossovers sparked some interesting hybrids. Zest for categorization casts a wide net over street soul, a largely downtempo sound with tentacles in reggae, lovers rock, hip-hop, and the U.K.’s take on soul, 2-step, swingbeat, and boogie. It emerged on the coattails of the rare groove movement (itself a British phenomenon, although centered on American music), which started life as the deep funk of its day. Rhythmic, bass-heavy oldies around the 90 bpm mark and below, like “Don’t Let Love Get You Down” by Archie Bell and the Drells and “2000 Black” by Roy Ayers were tagged drum & bass long before jungle and its offshoot (check how similar a cant to reggae these and others like them have)—and along with medium-tempo records by Eighties Ladies, Rene & Angela, Don Blackman, Leo’s Sunshipp, and others, broadened rare groove’s appeal to those who were not so keen on its funkier, jazzier side. That era’s raver generation are the architects of street soul. They took the music they grew up listening and clubbing to and interpreted it the only way they could, fusing it with electronic beats inspired by, amongst many sources, hip-hop and Jam & Lewis. They bought U.S. imports. They bought Streetsounds compilations, Leroy Hutson, the Jones Girls, Tongue in Cheek, Loose Ends, the Rappin’ Reverend, Gregory Isaacs, Original Concept, and Public Enemy. Loosely speaking, 1987 is a good candidate for a “year zero.” And for every Dazzle, Rosaline Joyce, Blue Zone, Rick Clarke, or Soul II Soul, there were countless others making music in their bedrooms on basic equipment. Many of these new releases had small, local markets and evaded nationwide attention and pop radio, but some were very successful and, in their own way, influential.

The second half of the ’80s saw the emergence and rise of one of street soul’s premier producers. I was working in a North London record shop at this time and one day realized an unassuming regular was at the vanguard of this nascent scene. His name was Toyin Agbetu, better known as Beatcreator (or Master Tee); and the waves his productions made for artists like Deluxe were among the biggest and perhaps he will get a chance to tell his own story here one day. Unbeknownst to me at the time, street soul wasn’t just a force on the underground scene in London. West-Londoner Doval Roper, who with his brother Robert recorded as Special Touch, had done a P.A. in the north of England and told me how surprised he was at the reception the group got. His audiences knew the words, they loved the music, and were appreciative. They lived the same life. It was their sound too, and London was not the center of this universe.

So back to our story: As I mentioned, Backatcha Records in 2019 offered me the opportunity to recreate the original mixes of “Money Talks” by North London act En-to-End, as the original master had been lost and the multitrack was available. I was initially hesitant, aware I would be recreating history, but accepted the task. En-to-End’s records had been distributed originally by reggae label Jet Star’s distribution arm and were among the numerous white labels and home-grown one-offs that are now so hard to pin down for those into this period—the late ’80s and early ’90s. I’d been working in record shops since the ’80s, and En-to-End’s 12-inches had come my way numerous times, but I didn’t own any myself. I listened to the original versions and even after I figured I’d gotten my recreated mix close enough, I couldn’t leave them alone. “Money Talks” was so catchy, and I was taken with the beautiful piano diversion that occurs in the final minute. So much so, that I based a bonus-beat style version solely on that section, which we tagged the “All-Dayer Mix,” mirroring the ’80s spirit and track-naming conventions in a fun way. Although not the same, I could hear the exquisite “Love So Fine” by Sahara (one of 1985’s best U.K. records, in my humble opinion); the main chords reminded of B.B. & Q. Band and other Malavasi/Petrus productions. Tony Shand and David Henriques of En-to-End knew sounds and whether a direct influence is in the music or not, my ears make that connection. A moot point, but while most of their output fits the street soul tag well, “Money Talks,” to me, is just good-time U.K. soul/boogie. Maybe that’s another reason why street soul is so popular.

Finally, this overview is from the point of an observer, rather than that of an active participant (possession of a handful of artifacts alone will not make the expert). Although a few are no longer with us, many of street soul’s instigators would doubtless be surprised and encouraged that the times have caught up with them again and tongues are wagging further afield than those of thirty-plus years ago.