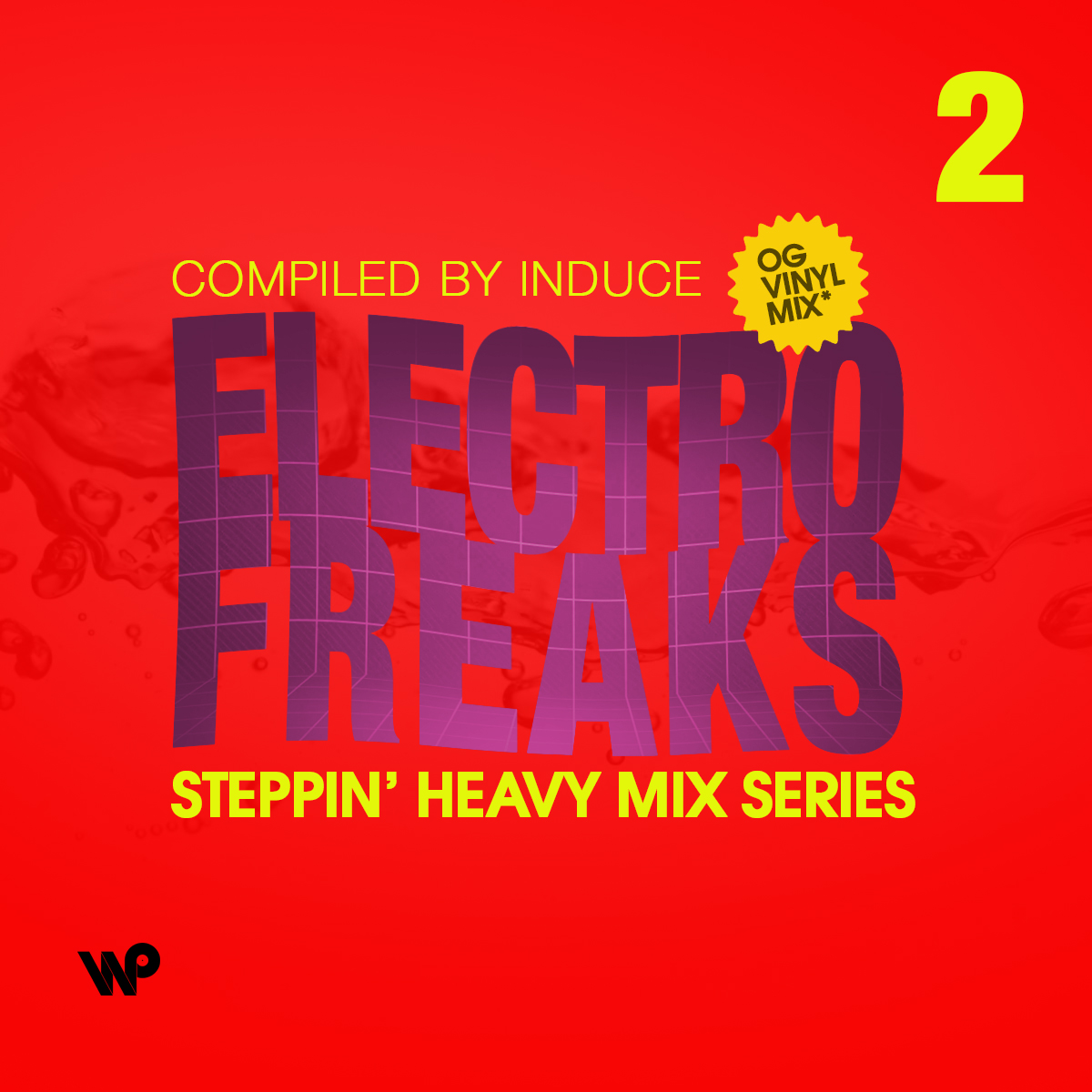 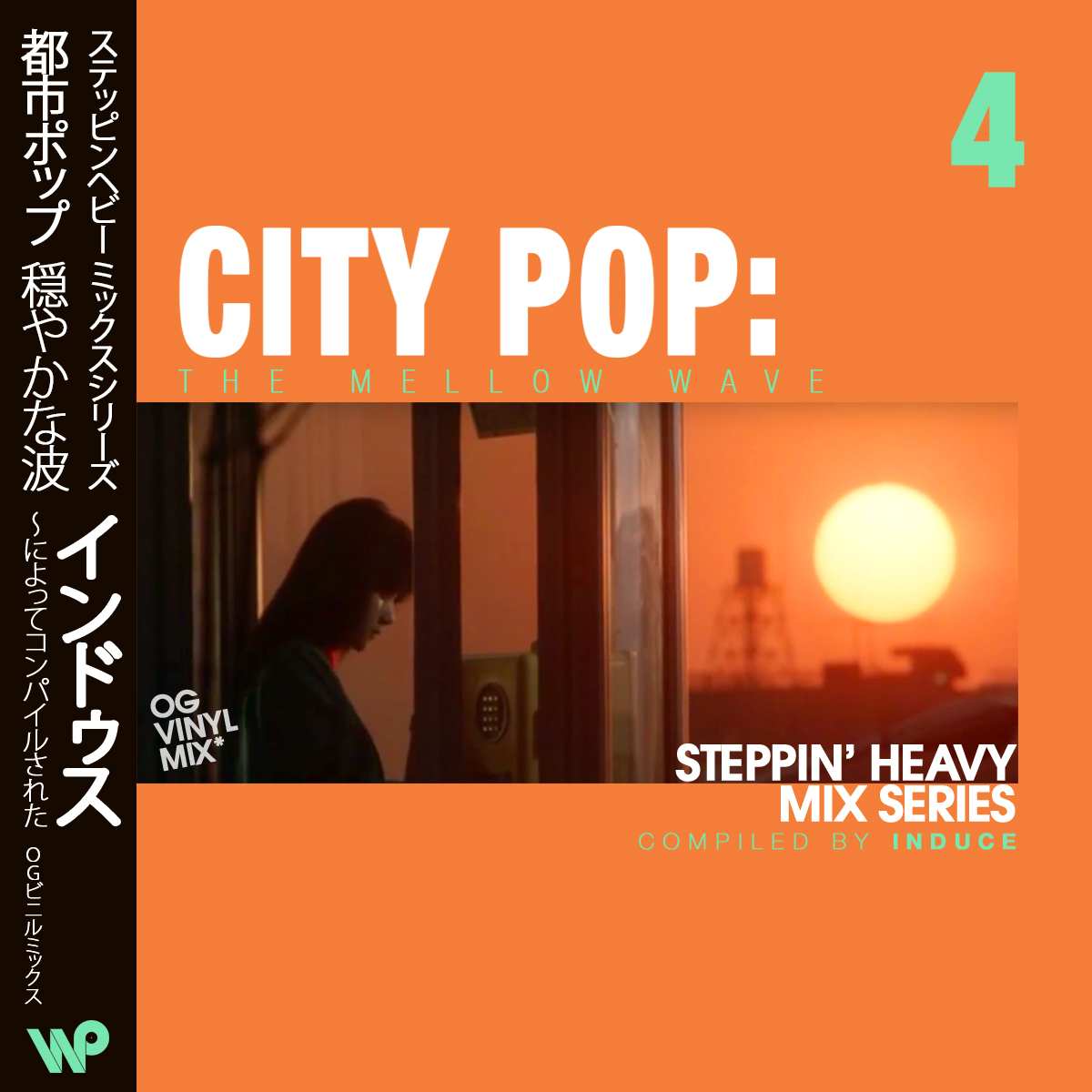 For the third instalment of the Steppin’ Heavy Mix Series, Wax Poetics presents Induce’s immense “Random Rap” mixtape. Keeping with the all vinyl and original pressings only remit, Induce has gone in curating a mix of rare and hard-to-find “Random Rap” gems.

Given the name of the mix series, I had to start off heavy and this rare holy grail 12” from the front man of Unspoken Heard is just more of that classic mid 90’s jazzy style Unspoken Heard were known for. I found a stack of these a few years back and had no idea what they were until I put it on the turntable and was happily surprised.

Not a very hard to find record from these DC natives, but I like the vibe and how the heavy drums come in for the verses. A bit of Hieroglyphics crew vibe, especially on the production side.

I always liked this first single from the duo from the Bronx called the Slum Brothers. More mid-90’s jazzy vibes in the vein of Jay Dee.

Another hard to find gem from the Supa Friendz crew consisting of Mad Skillz, Danja Mouf, Lonnie B and others. Staying with the jazzy style of the time, the supergroup trade verses Scenario style to great effect.

Woooo, another Random Rap holy grail 12” produced by Charlemagne (not tha god) with heavy, dark vibes in the vein of Mobb Deep “Hell On Earth” LP. Consisting of Ka of Natural Elements and Kev, this was their sole release and I couldn’t help but put both songs because they’re so good. Would be great to see if they had more stuff lying around unreleased.

This is a record I discovered a few years back that didn’t even exist on Discogs until I added it and not a ton of information on these guys is available, although in my research I found an amazing blog post deep in the internet from producer Applejac on his personal blog, so I’ll break it down here to hopefully shine some light on these guys and this solid record.

Showtime was a duo from Atlanta/Decatur comprised of producer Applejac and his cousin Big Dippa, who formed the group on a whim and a dream. During the sessions for what would become their first single, Applejac whipped up the beat for “Sweet Sixteen” and imagined it as a posse cut with fellow Decatur rappers Second Kings, and Tense aka Maccstyles, who eventually would form The Eastern Bloc collective. They ended up putting out a couple more releases and collaborated with Lone Catalysts, but the group fell apart once life started getting in the way. Anyway, I really like the vibe and their endearing everyman flows.

The first release from Los Angeles’ Street Platoon, who have ties to Psycho Realm and very much share a similar dark DJ Muggs/Wu Tang sound spin this tale of street life with wonderful lyrical detail.

Gotta give a shout out to my man Djinji Brown for this one. Best known for producing Supanatural’s “Buddah Blessed It”, Djinji Brown moved mostly behind the scenes of hip hop and eventually would make a transition into house music, releasing records on afro house legend Osunlade’s own label Yoruba Records. Although this release under his alias Brown Sirround from 1998 is pure underground Indie Hip Hop flames. Not a terribly hard record to find, but heavy on quality nonetheless.

The Staten Island crew Now Born Click aka New Born Click represent Shaolin to the fullest, with their Rza style production and flows/vocals reminiscent of Onyx or just the general ruggedness of the time. They may or may not actually be Wu-Tang Affiliates, but the song is so dope, so I mean, does it even matter?

Another Charlemagne production and founding member of Natural Elements along with Ka from the earlier Nightbreed tracks, this 12” sits on the high end of the rack and I feel with time might keep getting pricier. Out of all the tracks on this mix, I have the most connection to this one. When I was in high school in Miami, the college radio station at UM had a show called the Hip Hop Shop hosted by Darnella. I cannot overstate the importance of Darnella and her selections’ influence on the hip hop scene in Miami, she educated a whole generation. This was a Hip Hop Shop staple when it came out and it still bangs.

Probably the holiest of holy grails on this mix, this obscure one and only 12” from Virginia’s Hi-Lo is quintessential mid 90’s style hip hop. Using a similar sample to Common’s “I Used To Love Her” run through the SP-1200 sampler, Hi-Lo provide the vibes. Not much else is known about these guys either. Would love to hear more or hear their story.

And on the opposite end of the wallet breakers, this white label is a pretty easy one to find, but the rare Bahamadia appearance with her Philly associates on the B-side was the main draw for me. Classic Philly flows and vibe.

More Wu-Tang affiliates, although this time it’s for sure, if not just as distantly related. Made up of Itchy Fingas Sha and Trigg-Nomm, MMO put out a few singles in the early 2000’s, eventually disappeared for a while, released a second LP in 2008, only to vanish again.

Along with the Deva-B track later in the mix, this is one of the oldest cuts on the mix. The term Random Rap generally describes very obscure releases from the 90’s to the early 2000’s, as Hip Hop was still somewhat a niche genre throughout the 80’s, but even earlier on you can find some things that flew even lower on the radar than usual. This Cool Lee Rock track from 89 foregoes the minimalist drum machine style production that was JUST going out of the style for the jazzy loop style later made popular by Native Tongues and Pete Rock. With his rough NY voice and effortless flow, Cool Lee Rock could have held his own with Kool G Rap and Kool Keith but for unknown reasons disappeared into obscurity.

Sounding like EPMD predating the previous track, this dis track is actually later 90’s and popped up in the midst of the East coast / West coast beef era. The only problem is nobody ever heard it to care.

The B-side to the Cool Lee Rock, it may not be as good, but it still goes and I could imagine if only it was recorded by a Kane or G Rap, it might have been a bigger song. As with a lot of this stuff, Deva never put out another record and there’s not a ton of info on him.

Basically I’ll listen to anything if Royal Flush is on it. While the b-side has production by Large Professor, it’s this joint with the classic Gwen McCrae sample and Mic Geronimo that pulled me in. Too bad Lord hit it and quit it, only ever putting out this one release.

And I had to end it like i started it – with a Steppin’ Heavy holy grail. This cut from the Syracuse, NY’s Makeba & Skratch LP doesn’t disappoint and is the definition of why good Random Rap records go for loot. Rarity is only part of the equation, and when a record is rare AND a banger, you got a grail on your hands. There’s no logical reason why this record wasn’t huge or why they weren’t eventually signed to a major.

Stay tuned for the next mix, and find more from Induce here: